January was a busy month at this humble little blog. In fact, it was the busiest month so far. I have no doubt it’s thanks to the incredible support of the awesome bloggers and readers I’ve met online. So, without further delay, here are the top posts according to you.

10. This one comes in last. It’s about my two akitas and their one fight. I’ve never seen anything like it before or since. *Knocks on wood*.

9. Tags is a very important topic for bloggers and this post was a hit for that exact reason.

8. I found this in our house and it’s sort of…creepy. The warning inside gave me the chills…and I still haven’t written in it.

7. This one was a complete surprise. I was rambling about my bad habits with those blog stats and it was a huge hit. People everywhere shared how they deal with the temptation of those stats. I found those comments so helpful!

6. I started Posts I loved this week on a whim. Since then, I’ve thought about changing or doing something else but, every time I consider it, someone tells me that they like those posts. So I keep doing them. The truth is, there are amazing posts out there from really talented bloggers. Somehow, my saying that I love those posts seems to hit a chord with people. It humbles me to see it.

5. Pay It Forward was something I made up because I’ve received so much support from others online. Natasha Guyot is an incredibly multi-talented person and this post about her was a huge hit with readers.

4. I was owning my stuff in this one. It wasn’t easy to say and I avoided doing it until I saw a very special post by D. Emery. His courage boosted mine and I finally wrote this post. I’m still struggling with the editing but at least I’m being honest about it.

3. More than a year after it was posted, this post became a hit again.

2. I know for a fact this one was a huge hit because of the support of other bloggers online. I’m thrilled though, because the cause that started the post is a fantastic one and great ideas deserve all the help they can get.

1. This one was my number one post for January. Funny, eh?

One final note of thanks to everyone, bloggers, indie authors, readers or just people who happen to chance by my blog for making this month such a success! You guys are awesome! 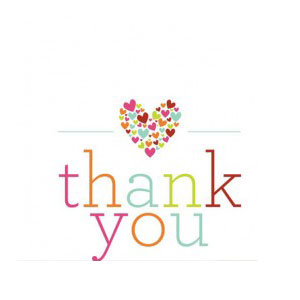 Starting out as a writer is not easy. Writing isn’t my day job. When I first started out, I didn’t know what POV stood for or or the difference between a literary agent and a CIA agent. I was pretty clueless. Back then, looking online at the requirements for a query letter, the daunting steps to enter a writing contest and how steep the competition was, I was pretty intimidated.

I’d love to say I have this incredible amount of innate talent that shines through, beats the odds and lights my way. The truth is I got lucky. I found amazing people who helped me.

There’s one person in particular who has helped me again and again. He’s like my own personal version of Yoda (without the cryptic talk). David C. Cassidy. I owe him. BIG.

He’s a writer and an author and a great photographer. To me, he was a lifejacket when I was sure I wasn’t going to make it. Today, I have a blog, a published book, and another on the way. None of that would have happened without him. I know that for a fact.

He helped me set up this lovely blog when I didn’t know how to tell a blog from a website or why I even needed it. He told me what resources to get on Social Media Marketing (I didn’t know what that was either) and where to get them. He also answered every question I had about publishing, marketing, programs and computers.

I didn’t pay him. All I did was thank him (and mention him on this post). He still helped me. Now, that’s Paying it Forward.

How about you? Did you have someone help you get started?

I have only been an author a very short time. During those months, I’ve managed to bungle things pretty royally. Thank the good karma in the universe that there are sites and blogs and communities online to help newbies like myself. Every time I found something new, I posted it on this blog. I figure, I need all the good karma I can get.

But this morning, with a fresh cup of coffee not making a dent on the horrid headache raging away in my head, I decided to clean house. I got all the posts that have hints or tips for authors and put them under a new tab at the top of the blog, for easy access.

Just click on Resources. Easy, peasy. Oh, and if you have any gems, pass them my way and I’ll post them there too (with your permission).