I never leaned how to cook at home. My mom, being a tiny, European woman with a huge personality, thought teaching us kids to cook was making us wash either the potatoes or the pots. As a result, every time she went into the kitchen, we hid. You can’t learn a lot about cooking from inside the inside of a closet.

Now that I’m older, I decided to rectify things….and went to You Tube. There, I could not only hear the recipe, I could see people actually making the dish. It was like having my own private little cooking chef teacher, for free.

The reasons I’m rambling about this is that the style of cooking I chose to learn is vegan. Having the entire world of recipes at my disposal, I wanted to try one with personality…and one that didn’t hurt animals. My husband, who’s got a heart to match his size, decided that was great and we’ve been mostly eating a plant-based diet.

Now, I’m not a good cook. The results I create are edible but they are far from tasty. Being a therapist, my husband is all about positive feed back and the last time I created a salad that was mostly raw garlic, all he said was: “Nothing had to die for us to be able to eat this.”

My doggies, on the other hand, aren’t vegetarian at all. I don’t believe on forcing my beliefs on others and that includes them. After trying different foods, we’ve finally settled on the one we use today. It’s got lamb in it, which makes our fluff balls feel about as soft as satin, it’s approved by our vet. So, for us, it’s a winner. Most importantly, our doggies love to eat it.

Of course, they also eat dirt from our indoor plants. 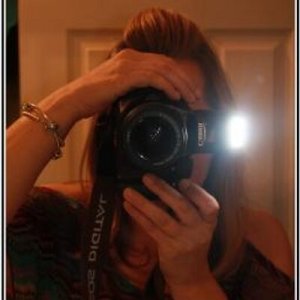 She says of herself: “Just a girl born in Quebec City and have been living in Montreal since I was a toddler.

I am a full time cube occupier by day, part-time blogger and amateur photographer by night.

I love to travel and explore new places.

I have a BA in Sociology which goes a long way in explaining my fascination with how people behave in society.

That Montreal Girl has amazing photography. Check out some of it here and here.

One of her top posts “What who you piss off on the bus” has a story accompanied by rather unusual photography. There is tons of examples of why she’s behind that camera on her blog.

Why not check it out? thatmontrealgirl.wordpress.com

My hubby’s lovely mother came over for dinner on Saturday. Since she has issues with our food, she decided to bring supper over. Apparently, she has never had pizza before because she called us before ordering to know what to put on the thing. While I shouted “Pepperoni!” loudly enough to be heard in Russia, my hubby told her to get the Canadian special: mushrooms, pepperoni and bacon.

Now, I should explain that this lovely lady is from the UK. She’s been in Canada for years and years…but you wouldn’t know it to listen to her. Her accent is as thick as the day she landed and, since she’s from the North of England, that accent is as decipherable as Egyptian script.

Obviously, we didn’t get our Canadian combination special.

Hubby’s mother did come with pizza…two of them in fact. In the translation, the  bacon, mushrooms and pepperoni became, chicken, onions and tomatoes.

I won’t even mention what was on the other one…except to add that I’m not particularly fond of anchovies with spicy peppers.

Reading Infinitefreetime’s post about soup got me thinking about our latest food issues.

Yesterday we invited my hubby’s mother over for dinner and she got talking with my husband about their beloved mushy peas. Now, my hubby is British but his mother is the Union Jack personified. Thirty odd years in Canada haven’t made one chink in that thick British armour. Their conversation was hilarious.

‘Did you taste the mushy peas in Walmart?’

‘Oh yes. They’re really good. I only have a can left.’

‘I got four last time I was there, just in case.’

Then Hubby’s Mother turns to me and asks if I like mushy peas. Well, I might be not be British but I’m not an idiot and I said I loved them. She beamed a smile and obviously put me down in her will. Mushy peas. It boggles the mind.

We actually disappointed the lovely lady because, after all that preamble, there were no mushy peas for supper. Instead, we had nachos for dinner. We make them ourselves. We get a bag of corn Tostitos and add the toppings of our choice. Yesterday we had veggie meat, refried beans, tomato sauce, black or green olives, cheese sauce, grated cheese, mushrooms, hot peppers, onions and sour cream and salsa on the side. We lay the tostitos and make a foundation, then pile the toppings ending up with cheese and use the oven broiler to melt the cheese; then do it again. We end up with a pile of nachos with delicious toppings covered with melted cheese that’s just a little burned. Soooo good.

Well, Hubby’s Mother didn’t know what they were. “Doritos?” she asked. “I’ve eaten them before. The red ones?” I tried to explain that we’re not eating the red Doritos but then gave up and showed her the finished product for enlightenment. She blinked, completely at a loss and I had to eat one for her to comprehend it was food.

“What are those black things?”

She turned the colour of her mushy peas.

Turns out she doesn’t like olives (green or black). Apparently she ate one years ago thinking it was a grape and has never gotten over the betrayal.

I told her not to go to Spain. Ever. 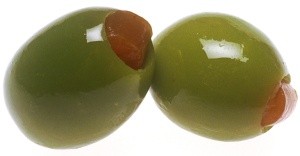 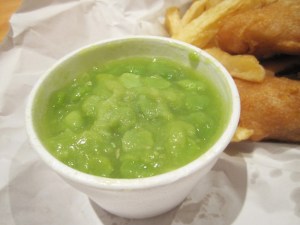 We made chili last weekend and, since it was so exciting, we invited everyone in my husband’s immediate family over. They’re all British and weren’t super-excited about the menu but we promised tea by the rivers afterwards so we were forgiven. They all came over at once, except for Pete, my husband’s brother. He was busy working and couldn’t make it.

We had the infamous chili and it was a success in spite of the fact that it was vegetarian. No one complained and everyone ate it and we declared it a success. With tea and cookies afterwards, we mellowed out on the couches, ready for some juicy conversation. I was right into it when I spotted my husband cursing away in the kitchen.

“I’m going to send Pete some chili but I don’t want to use one of our containers. No one ever returns the things and I’m sick of it. I’m going to put it in a ziploc bag.”

I started to tell him that I didn’t think that was such a great idea but he had that gleam in that he gets when he works out, so I shut up.

Sure enough, two second later, he had scooped up some of the chili and dumped it into the bag. Now, say what you will about chili as a food but it is not and never will be a culinary feast for the eyes. However, introducing it into a plastic bag does nothing to help things. The bag that my husband held was a mess. The brown, heterogenous goop inside it was liberally splattered with brown and white lumps that were indecipherable and looked like anything but food. I doubt even Sherlock would have ever identified it as chili.

My hubby, however, didn’t seem to see a problem. He zipped the bag, delivered it and came back triumphant, ready for a cup of tea to celebrate.

Not ten minutes later, we got a call from Pete. “Our neighbours hate us,” he told me over the phone. “They’ve started picking up their dog feces and leaving them on our doorstep in a bag. And that dog isn’t doing so well. I hate to tell you what his droppings look like.”