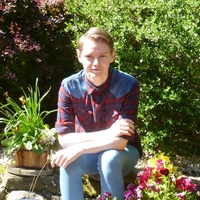 He says of himself: “Born and raised in the Scottish countryside, Callum McLaughlin works as a freelance content writer and in November 2013, published his first book, The Vessel. His next release came in October 2014 with False Awakening.

Outside of fiction, he is a keen poet and released his first collection in 2015.

A lover of all things literature, music and nature, he takes his biggest inspiration from the world around us.”

The Vessel is a suspense thriller and Callum’s first book. Here’s the blurb:

“The story follows nineteen year old Eva Cole as she struggles to expose the truth in a world equally as ravaged by famine and disease as it is ruled by corrupt government. With extreme measures being taken to try and save the dying population and innocent people becoming embroiled in secrets and lies, she could be the only chance the people have to obtain justice.”

It is available to buy now via Amazon UK, both as a paperback and a Kindle download here or in the same formats via Amazon USA here. You can also find it on Goodreads here. 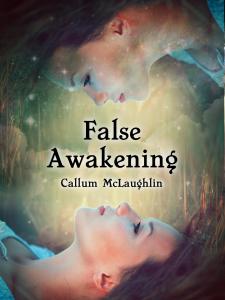 False Awakening is a mystery thriller and Callum’s second book. Here’s the blurb.

“The story follows teenager Abi Watson, who wakes in a hospital bed with no memory of the incident that put her there. She must strive to uncover the truth from the depths of her own mind while dealing with the various complex relationships with the people around her.”

It is available to buy now via Amazon UK, both as a paperback and a Kindle download here or in the same formats via Amazon USA here. You can also find it on Goodreads here.

But that’s not all. Callum is also an amazing poet. His first poetry collection is available now. Check out the incredible cover. 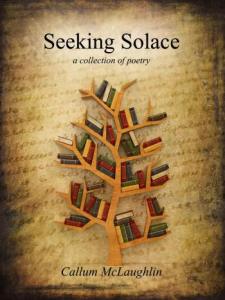 You can click on it to find out more or head to Goodreads. It’s also available for purchase at Amazon.com or Amazon.uk.

You can also check out his site callummclaughlin.wordpress.com Callum is also incredibly supportive. Contact him at this link! He loves to hear from “readers and writers alike”. Why not check out this talented author?