I have been pretty honest with my attempt at eating a plant-based diet. I rambled on about what I thought and what I liked and what I struggled with. I thought, if nothing else, it would be a positive influence on me and my eating habits.

I never thought it would affect my dogs.

So, lately, I’ve started to notice changes in our pooches. Like River taking up eating cucumber. He loves tasting what I eat and he is always curious when I’m messing around in the kitchen. It seemed pretty harmless to let him sniff a bit of a cucumber. I thought he’d nose it and leave it. To my surprise, not only did he eat it, he asked for more. Since then, cucumber has sort of become his thing. He loves the stuff. Of course, he still loves peanut butter, apples, chicken, bacon, salmon and other traditional dog treats, but there is no denying cucumber has a special place in his doggie heart. 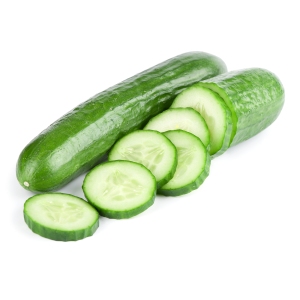 Ocean thinks his fascination with the green vegetable is a bit of a joke. She absolutely hates cucumber and simply stares at me when I gave her a slice to try. Instead, her passion are blueberries. Especially if they’re frozen and mixed with her breakfast. She actually jumps onto her back legs and does a little dance when I open their bag.

But the most significant change came by only a few days ago. It was early morning (I mean early, these two do not understand the concept of sleeping in), I got up to let them gambol out joyously into the yard and stopped to watch them play. I stared, enjoying the sight of their bounces and runs about when I saw Ocean stopped, sniffed the grass and started to chew it. A moment later, River was following suit.

It may be a bit early to predict dire trends but I’m pretty certain that, somehow, my eating habits have influenced my dogs and they’re turning…vegetarian. Since that day, I have been watching my fluffy duo and, sure enough, every day they run out there eager to get their first taste of the succulent green strands.

Maybe it’s time I have a little heart-to-heart with my furry doggies and explain that they are supposed to be carnivores. Before we see other changes.