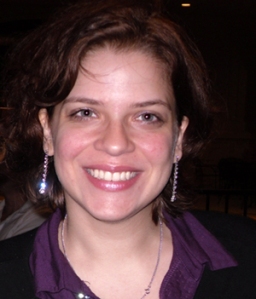 She says this of herself: “I am currently self employed as an independent scholar in France, where I work on several research and writing projects, mostly nonfiction. I blog regularly and also am a feminist, a vidder, a geek, a fangirl, and bookworm.

As of 2014, I have been published and was a guest speaker in several countries. I have a couple of books upcoming in 2015, Women in Science Fiction Television(Rowman & Littlefield, USA) and A Galaxy of Possibilities: Representation and Storytelling in Star Wars (Self Published).

Besides my nonfiction and academic projects, I am also working on a Fantasy short story series, Clairvoyance, whose first volumes I hope to see published mid to late 2015.

I am seeking to expand my career in the USA or in the UK, either in university teaching or in the media and creative industries.”

Natacha is a busy lady. Here are her publications, recent and upcoming.

She’s also very busy online. Check out some of her best contributions:

Recently, she’s had a very important addition to her life in the form of:

Kenzi and her are already best friends.

A big Star Wars fan, Natacha is one of those incredibly kind people I’ve had the great fortune of meeting online. Check out her blog and see what I mean!

Cute, interesting and, hopefully, uplifting. Here are some posts about reading that will hopefully get some smiles.

4. 10 ways to tell if you’re a bibliophile (if you know the meaning of the word, odds are, you’re one of us)

3. Awesome quotes from the one and only William Shakespeare.