It’s a scene too horrible to comprehend and, unfortunately, too common. My thoughts and prayers go to everyone affected by this horrible tragedy, from the officers who gave their lives to the civilians who died and everyone else who was impacted in Fredericton. I am shocked and saddened that this has happened and hope those injured recover quickly and well. 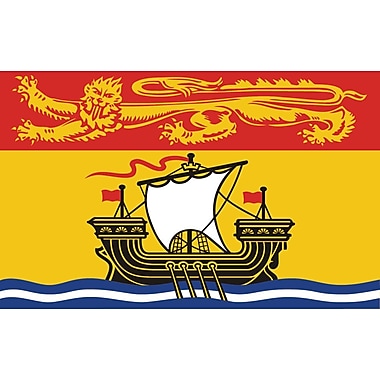 If we were having coffee I’d tell you I’m worried for our planet. This week has had terrible news, not just in our ability to not hurt the planet but also not hurt each other. It saddens me and I worry for us and for future generations.

If we were having coffee, I would find it hard not to sit quietly for a minute or two in silent contemplation of what has just happened to the UK. It’s just so sad. If it never happened again, it’d be too soon.

But I wouldn’t want to depress you. What coffee would you be drinking? I’d have a lovely cafe au lait. It’s a wonderful mixture of coffee and steamed milk that just reminds me of Europe and never fails to make me feel better.

I’d tell you that work has never been busier and for some reason that appeals to me (obviously, I need therapy). I’d tell you that our dogs are both blowing their coats at once and, with the dirt from our garage construction, the inside of our house now looks an awful lot like the outside. Just dirt everywhere.

I’d also tell you that my hubby has bought a big truck and he’s now getting buyer’s remorse. I, on the other hand, I’m super excited about it. Truck! And blue! Cool!

Finally, I’d try to get you to smile…or maybe this is more for me than for you.

The Weekend Coffee Share was created by Part Time Monster and is now hosted by Nerd in the Brain.

Only a week since Manchester. It’s so horrific it boggles the mind.

Stay strong, London, UK. My thoughts and prayers go out to everyone in the UK today.

Let’s hope that, one day, this is just a painful memory and peace fills our world.

Such a horrific attack. It leaves me searching for words and thoughts to try and understand why someone would do such a thing.

My thoughts and prayers are with the people of the UK at this incredibly difficult time, especially with the families and relatives of the victims. Canada stands with you.

I just heard about the terrorist attacks in Paris. My thoughts and heart go out to all the people of Paris and France.

Let’s hope that one day peace reaches all parts of the world.

Helps me find the artist in me.

I’ve been debating this for a while. I’ve thought of taking some time away from the blog during the holidays but then felt badly and changed my mind. Finally, today I finally decided to go and do it. Not easy to leave a blog even if it’s only for a couple of weeks because I like mucking about on it and chatting with people online (the people I’ve met are really, really nice).

Uncomfortable as it may be, this is something that might help me write more and certainly replenish my blogging batteries. Besides, it’s always good to try new things and experiment. So I’m taking the risk and doing it.

Wish me luck! (I hope I don’t cave and run back here crying like a four year old) And I’ll see you back on January 6th!

This past Wednesday a gunman shot Nathan Cirillo, the honour guard (unarmed) from behind at the National War Memorial in Ottawa before heading on to Parliament Hill.

Nathan Cirillo was, among other things, a father, a dog lover and a husband.

When I think of what his family must be going through, I hope, that one day, our world will not know violence like this. It hurts so much to think of that horrible, senseless act and it helps me to read some of my favourite quotes on peace from some amazing people.

I hope, one day, our world will be a peaceful place.

I’m such a home body. It’s something that’s never been as clear to me as during this one day away from home. I missed my home terribly. I missed my dogs, my hubby and the lovely conveniences of having TV, internet and a phone.

This retreat was like entering a different time period. The entire building was massive, set in a place among 150 acres of forest with lakes and trails that were beautiful if you’re a squirrel and want to leg it.

The place was as quiet as a tomb and incredibly laberinth-like. There were stairs and twisted corridors everywhere. No matter which you took, it turned and ended up in a different area of the building. I got lost more times than I can count.

The rooms were microscopic…and filled with dead flies. The staff was just as minuscule consisting only of about 4 people. They did everything from cooking to welcoming us to telling us the rules of the place. No outside shoes. Everyone had to go around in slippers.

The food was great…except for the coffee cups. They were the size of thimbles and I just about had it. In an act of unparalleled rebellion, I seized one of their cereal bowls and used it for coffee. People stared…but I couldn’t have cared less. In the mornings, I need coffee.

We did a lot of ‘circles’ where we sat and listened to our ‘leaders’ tell us how to work better. I tried to be a good listener and appreciate what they were saying but it was hard and, with each passing hour, it got harder. By the second day, I wasn’t the only one dissociating. I counted 7 heads nodding while the last speaker rambled on.

The group leader only had to say that it was time to go before I was gone. I was the first out of the building and the first car out of the lot. I came home relishing loud music on the radio, shouting it out as I drove.

My doggies were thrilled to see me and my hubby even had flowers waiting.

It’s so nice to be home!

What have I missed? What are you guys up to?