This was our forecast:

This was the result:

I love stories of animals adopting other baby animals. This one made me smile. I hope it does for you too.

I’ve been seeing these online recently. They claim to be really good for the dogs (or cats) because the fake fur reminds them of their mother’s fur and that creates a better sleep. It might all be a load of poo poo, but I thought I’d share this and see if anyone has had any success with these.

True, we just bought our dogs new beds and true, we have a house that’s covered with moving boxes that we should be focussing on…but hey, who ever said I’m logical? 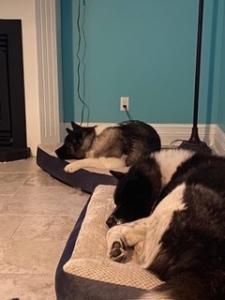 Well, some things are coming together in our new home.

Beds are sprouting everywhere. Even those for the four legged sort.

However, their fluffiness have yet to lay on them.

Apparently, they weren’t consulted on the colour of this particular doggie bed and it just won’t do.

We’ve moved. We have all our things stuffed into the new house and we have survived the first night. The dogs went nuts in the new place, the movers forgot to read the labels on the boxes and dumped them everywhere and the tech guy could only find one phone jack.

This is definitely a two-cup-of-coffee day.

In the interim, check out this amazing dog blog and these hilarious memes that I stole from there. Aren’t they great? 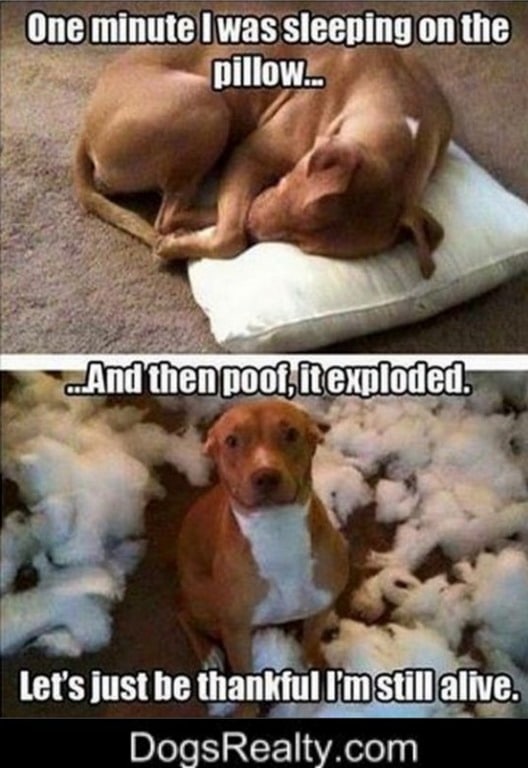 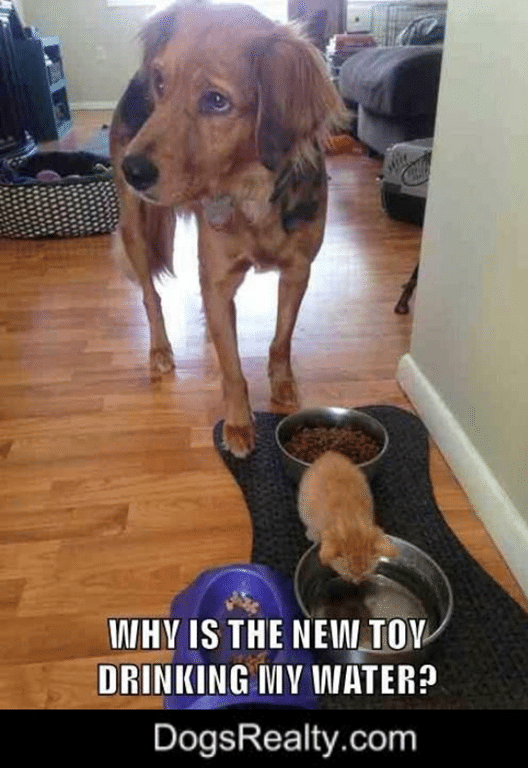 Shhh! I’m supposed to be packing and putting things into boxes. But I snuck away from things for a second to do this post. No one knows I’m here.

We’re finally moving today. There are things everywhere. My lovely hubby is running around the house shoving things into boxes with little or no sense of order. The dogs definitely know something is up and they’re following us around the house like shadows. 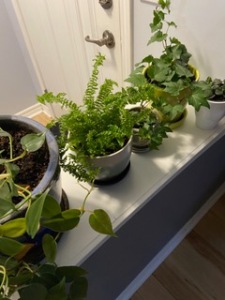 Our plants, ready to go

I didn’t sleep well last night, partly because my ongoing cold made an unwanted comeback and partly because I was so nervous about today. The movers are coming any minute now. We have a very kind friend coming to unhook the TV’s and hook them back up in our new place. There’s a internet guy coming to the new place to make sure we have internet today.

It’s going to be crazy.

I did explain to both fluffy doggiest how things were going to run today. I was very clear that they would not be left behind, that they were coming with us and that they would have a brand new house to explore and a brand new yard with a lovely new fence. This seemed to reassure both of them (well, that and the kisses that went along with the explanation) and they’re more relaxed now.

Hubby took one look at my face this morning and went to get two XL coffees.

We’re moving in a week. It’s so exciting and chaotic and scary…and I’m sick. Apparently, my immune system thinks this is the best time to throw a fit. Friday, I was feverish and it hasn’t gone away by today. I’m still off.

It’s the weirdest feeling in the world to go around to stores and malls while you’re sick. Especially if, like me, you have a fever. I was standing there, feeling an odd, out-of-body experience. I could hear things and see things but they felt like they were coming from far away.

I probably should have been in bed…but did I mention we’re moving? That moving date is coming, sickness or not. So, we were out and about and I just pushed through it.

It was still super weird. I felt like nothing mattered. The sales person was explaining something about technology for the new house and it might have well been the instructions on how to run the Space shuttle for all I understood.

My doggies seem to know I’m sick. River has always liked being around me but now it’s almost an obsession. He can’t be more than a few feet away from me, watching me, even when he’s sleeping, to see if I’m still there. When I go to bed, too sick to stay up, he comes with me.

It’s so lovely to have a nurse dog.

We’re in the middle of packing our house. We’re trying to get a fence put up in our future house, we’re also trying to deal with a finicky well that’s not behaving, we’re packing and we’re working full time. So, what did we decided to do at this busy time?

We had one little brain cell working though and we decided to only wash one dog. We picked River because he’s the biggest and hairiest and he itches, so he needs a wash more than fluffy, little Ocean.

We tried washing said pooch at a professional place, but River doesn’t like strangers. And we tried a self-serve wash that only poured out dirty water and made River dirtier than ever. Desperate, my lovely hubby decided to do this at home.

Never mind that we didn’t have a tub for a dog, or a way to dry the animal. He was determined to get it done. We were going to use our claw-footed delicate tub and to dry him (get ready,) we would use the leaf blower.

Hubby thought this last point was completely logical and practical. I was more hesitant. River doesn’t like loud noises and River is pretty big. I was pretty certain the idea ranked up there with trying to pet a porcupine. Still, never let it be said that I don’t have an open mind, we gave it a go.

Of course, the bath was a disaster. Of course, River got out while he was soaped and wet making a dash for it. Of course, the claw-foot tub is barely hanging in there after the experience and the bathroom looks like a bomb went off in it.

But the worst was yet to come.

To say that drying him off was a nightmare is the understatement of the century. Hubby held on to the massive leaf-blower while I held on to River’s leash. We counted down and he turned on the thing…

And River was simply gone. I was on the ground, getting the benefit of the leaf-blower’s power and hubby was trying to turn off the blasted machine. The only one who didn’t get blown around was River. He legged it out there faster than I’ve ever seen him move.

Many towels and several cups of tea later, we sat in our living room and took stock of our loses. River was still wet. The bathroom was catastrophic. There was a smell in the house, a mixture of wet dog, dirt and human exhaustion, that was hard to describe. And there were clumps of wet dog hair practically everywhere the eye could see.

With an exhausted sigh, I turned to my hubby.

“It wasn’t that bad,” he observed, indomitable. “We should do Ocean next week.” And a couple of dog hairs fell off his head.